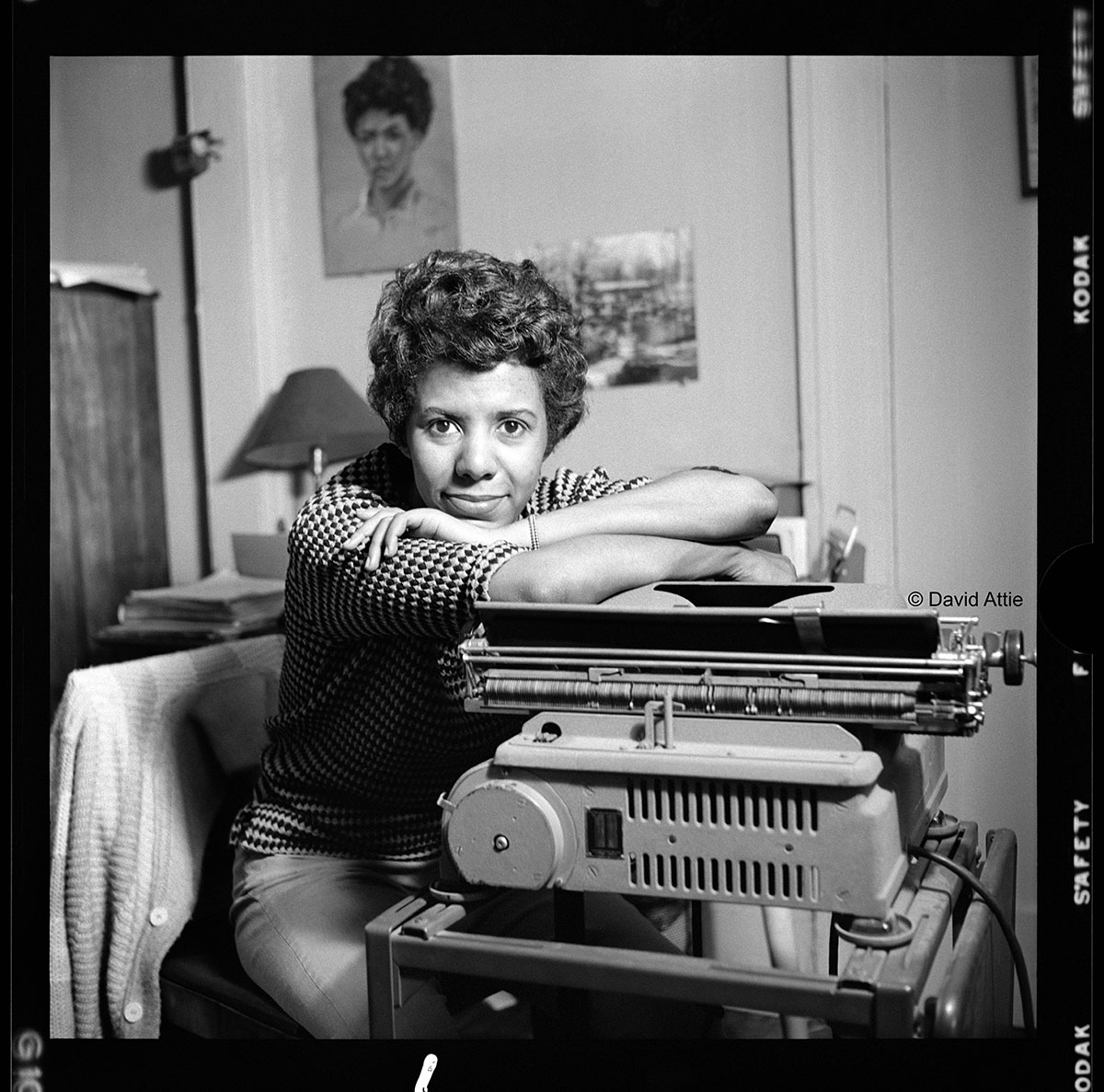 I had the pleasure of meeting Andrew Tarsy, Edward M. Kennedy Institute president at the Greater Boston Cultural Convening I attended two Thursdays ago. He was the keynote speaker, and when we met during the pre-session networking breakfast, we surprised each other. After telling him I was a filmmaker working on the first feature documentary about Lorraine Hansberry, he looked astonished. He was ending his opening remarks with a favorite quote—one by Lorraine Hansberry—and it wasn’t from one of her plays. It was drawn from an “Author’s Reflections: Willie Loman, Walter Younger, And He Who Must Live” in the Village Voice, August 12, 1959.

After A Raisin in the Sun’s premiere, Hansberry was surprised that only one critic connected a line between her character Walter Lee Younger and Arthur Miller’s Willy Loman, the protagonist in Death of a Salesman. She wrote that “in the minds of many, Walter remains, despite the play, despite performance, what American radical traditions wish him to be: an exotic.” I will spare you my summary, but do read the essay for yourself.

Hansberry concluded her article suggesting that her character Walter Lee, in his decision to reject the payoff and move into their house in Clybourne Park, a white neighborhood, adopts a much elevated purpose from his initial goal of owning a liquor store. Andrew Tarsy read her words:

…if there are no waving flags and marching songs at the barricades as Walter marches out with his little battalion, it is not because the battle lacks nobility. On the contrary, he has picked up in his way, still imperfect and wobbly in his small view of human destiny…the “golden thread of history.” He becomes, in spite of those who are too intrigued with despair and hatred of man to see it, King Oedipus refusing to tear out his eyes, but attacking the Oracle instead. He is that last Jewish patriot manning his rifle…at Warsaw…he is the nine small heroes of Little Rock; he is Michelangelo creating David and Beethoven bursting forth with the Ninth Symphony. He is all those things because he has finally reached out in his tiny moment and caught that sweet essence which is human dignity, and it shines like the old star-touched dream that it is in his eyes.

Tarsy ended there, but Hansberry continued, “We see, in the moment, I think, what becomes, and not for Negroes alone, but for Willy and all of us, entirely an American responsibility. Out in the darkness where we watch, most of us are not afraid to cry.”

Andrew Tarsy told me that he has this quote tacked up on his wall, and it’s something he reads to himself when he needs to get psyched up. They were wonderfully elevating words to launch a gathering of Boston area artists, cultural workers, and activists many of whom are working alone or in small groups to make change.

It is encounters like the one with Andrew Tarsy that keep me and the team motivated on this long journey to make this documentary.  It reinforces what we know:

We’ve recently broken $31,000 with 32 days to go on our Kickstarter campaign to raise funds for the first feature documentary about Lorraine Hansberry’s life. Today, May 19 would have been Lorraine Hansberry’s 84th birthday. Please make a tax-deductible donation today to celebrate her and help bring Hansberry’s story to 21st century audiences.