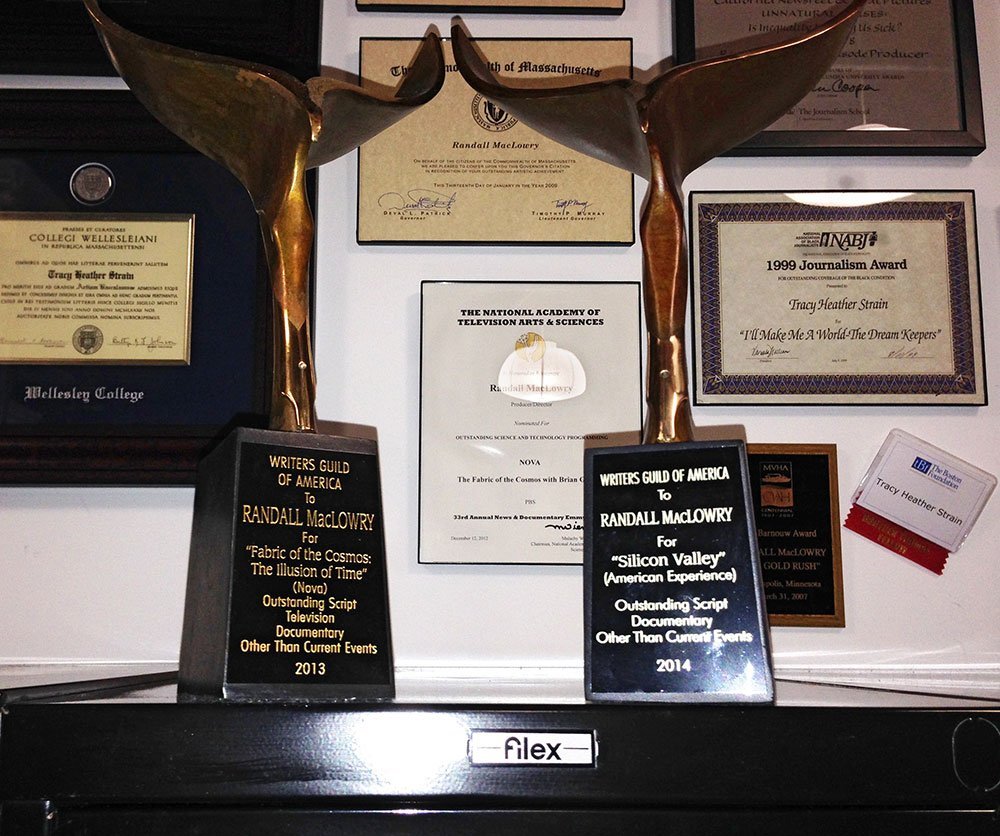 We are delighted to report that for the second year in a row, The Film Posse’s Randall MacLowry won the Writers Guild of America’s Documentary–Other than Current Events award. This year his statuette was for “Silicon Valley,” our 90-minute exploration of the early history of the famed technology region for American Experience. He shares the award with writer Michelle Ferrari, and both tied with a Frontline program for the honor. Last year, Randy won with Joe McMaster for “The Illusion of Time,” a program about theoretical physics in the NOVA series The Fabric of the Cosmos. He was previous nominated with Ken Emerson for “Stephen Foster,” another American Experience documentary.

The Writers Guild of America is the joint effort of two unions, East and West branches, to represent writers of television and film on both coasts of the United States. Each year, the awards ceremonies for outstanding achievements in writing is hosted simultaneously on both coasts. This year’s East Coast ceremony was held in the Edison Ballroom on Saturday, February 1, 2014 in New York.